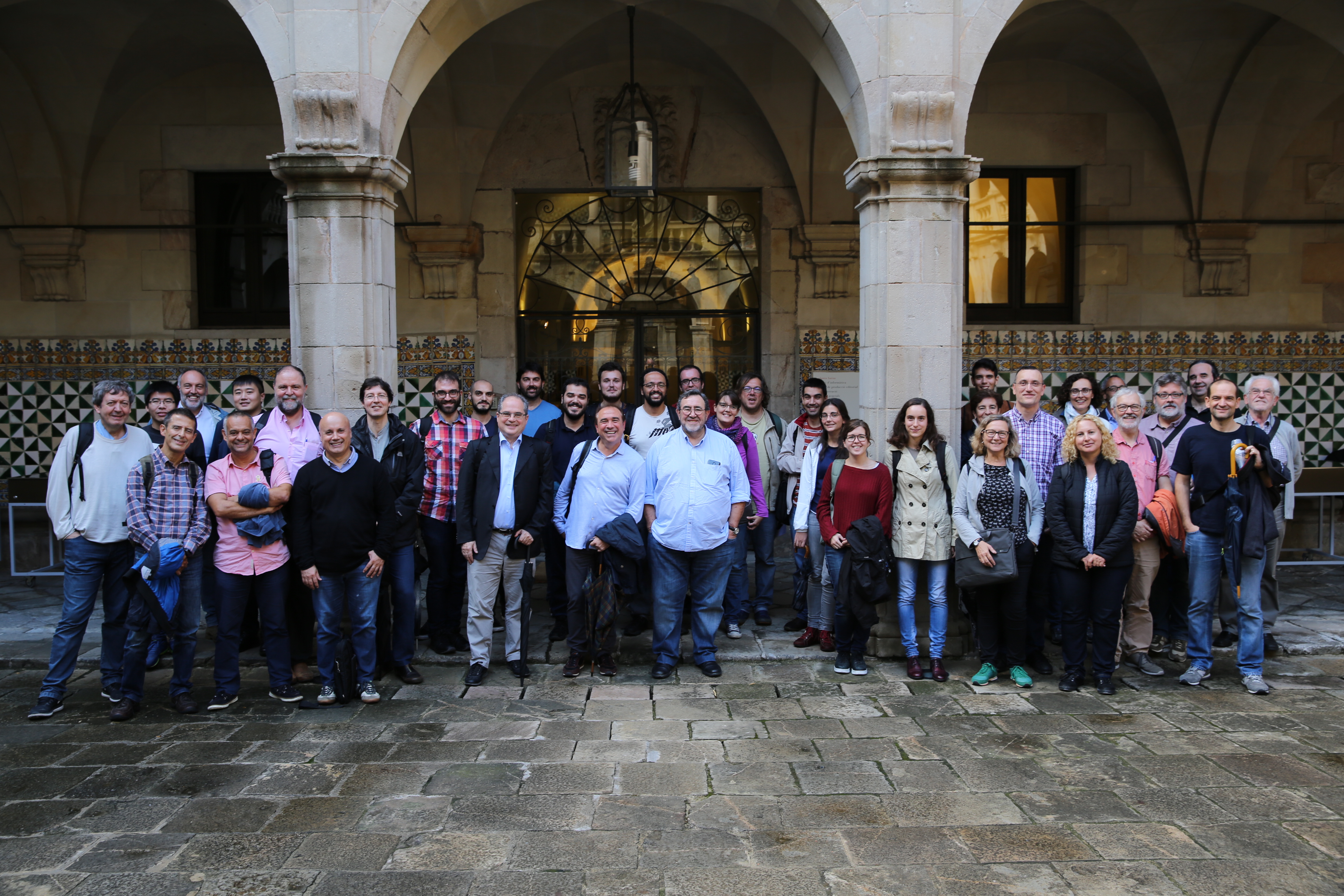 In this talk we will first review some general items related to the use of solar sails in spacecraft navigation. In the second part of the talk we will focus our attention in the use of solar sails moving along libration point orbits. The study is based on the analysis of the geometry of the phase space of the linearized equations around the equilibrium points. As a matter of fact, and contrary to the usual impulsive maneuvers, in this approach, solar sail maneuvers in the libration zone can be seen as "jumps" in position instead of in velocity, so they provide propellant-free transfers between libration point orbits. 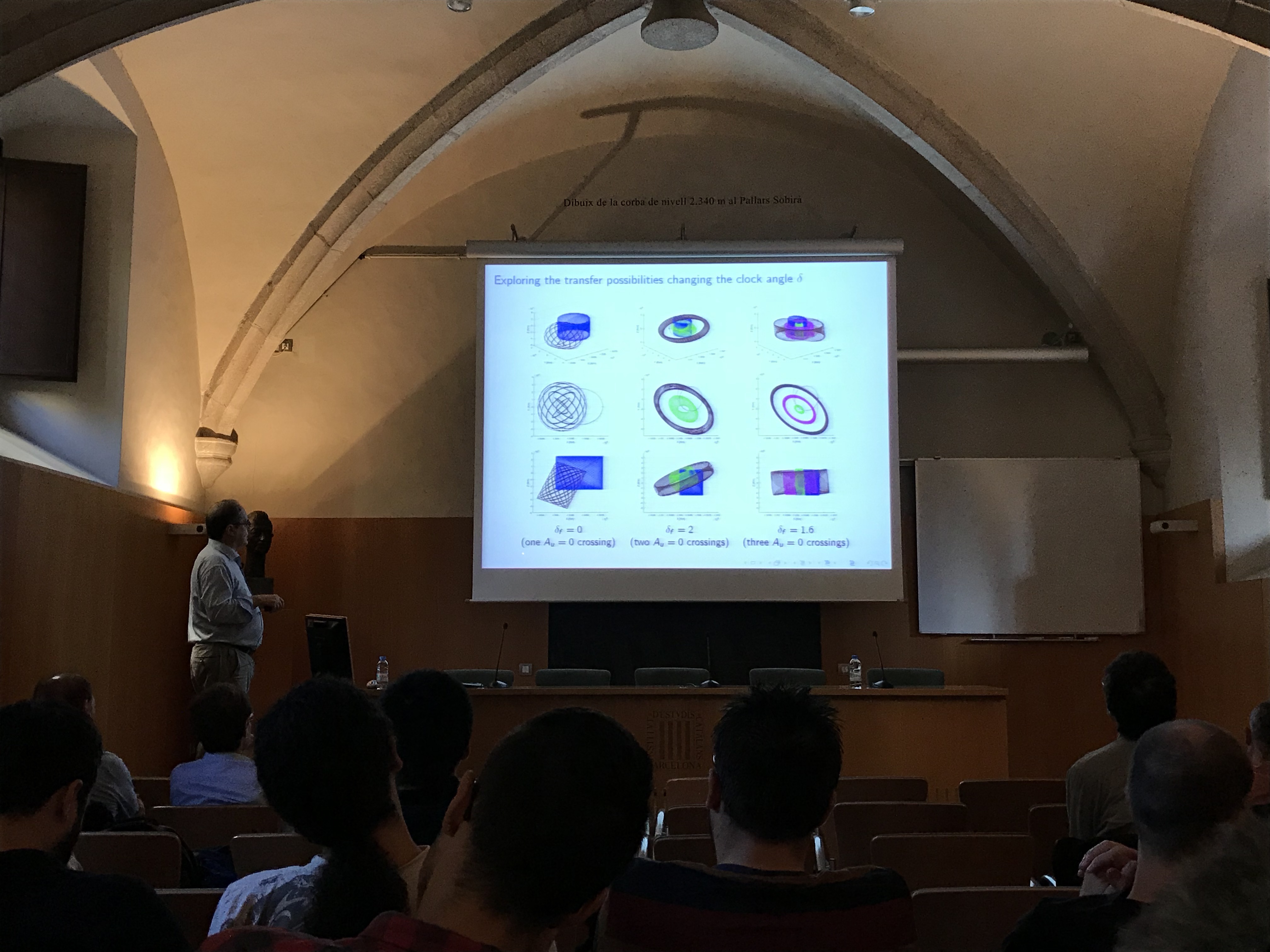 Simulating deformable objects in real time is a very challenging problem when collisions between other scene objects are involved. Physically-based methods using Finite Elements are a common approach, the problem we faced is the sudden appearance of elements that become inverted. This is something not physically allowed but can be possible during numerical simulations. We will explain the different known numerical solutions and why they give sometimes wrong behaviors when recovering the initial shape of the elements. A new robust method is presented that is efficient enough to use it in video games and interactive applications. 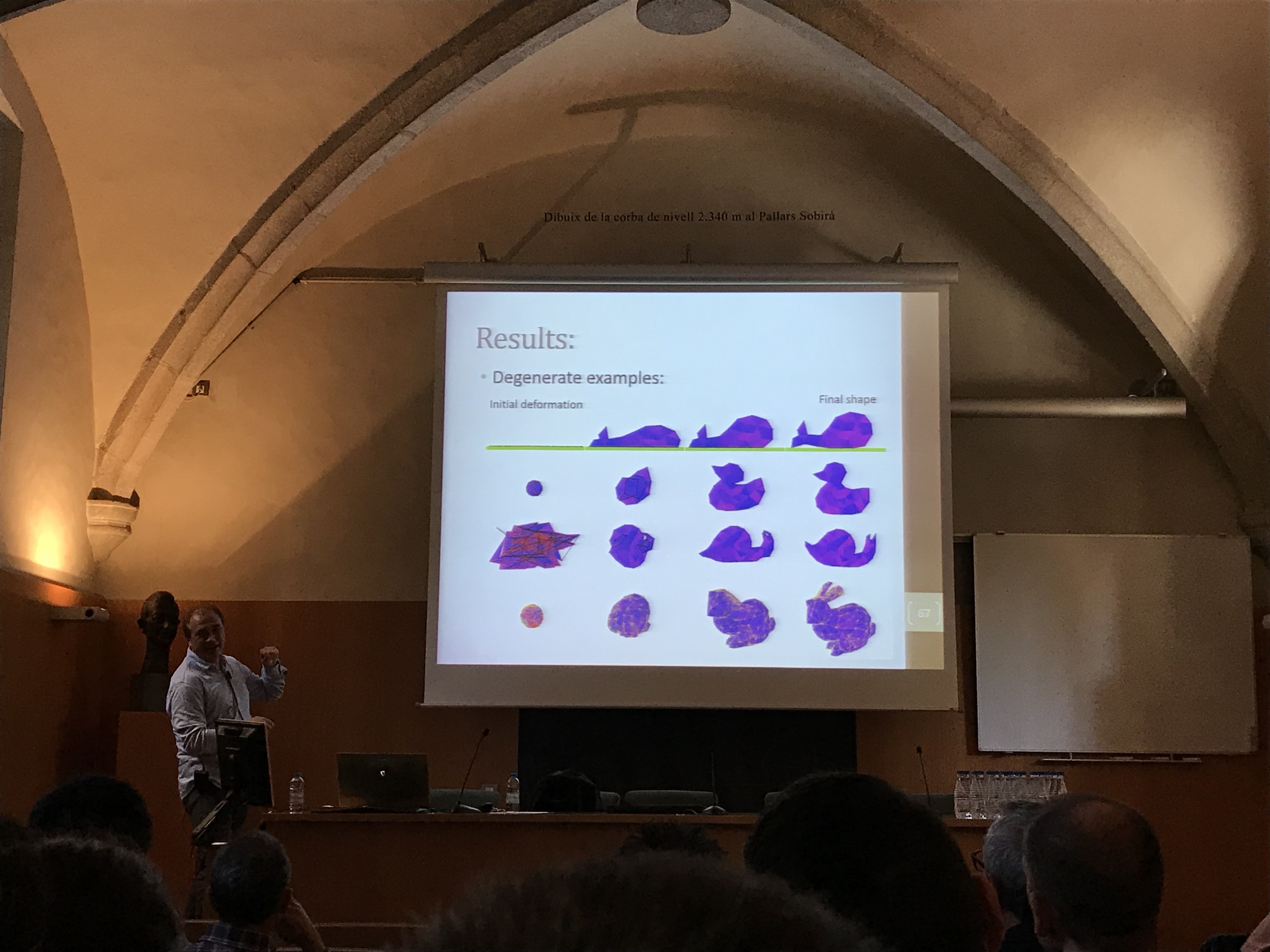 Normal forms constitute one of the most powerful tools in the analysis of differential equations. For instance in the study of Hilbert's 16th Problem orbital normal forms are widely used to prove the finite cyclicity of limit periodic sets. By "orbital'' normal form we mean with respect to the equivalence relation because in that context reparametrization of time multiplying the vector field by a unity is allowed. We are concerned however with the time of solutions and so we need normal forms with respect to the conjugacy relation. Moreover, since we deal with families of differential equations, these normal forms have to depend smoothly on the parameters of the family. In the first part of the talk I will explain the key steps in the obtention of such a normal form for an unfolding of a resonant saddle. If time allows, in the second part of the talk we will show how to use this normal form to determine an asymptotic development, uniform with respect to the parameters, for the Dulac time (i.e., the time that spends an orbit for going from a transversal section in the stable separatrix of a saddle to a transversal section in the unstable separatrix). The talk is based on results obtained in collaboration with P. Mardesic (Université de Bourgogne) and D. Marín (UAB). 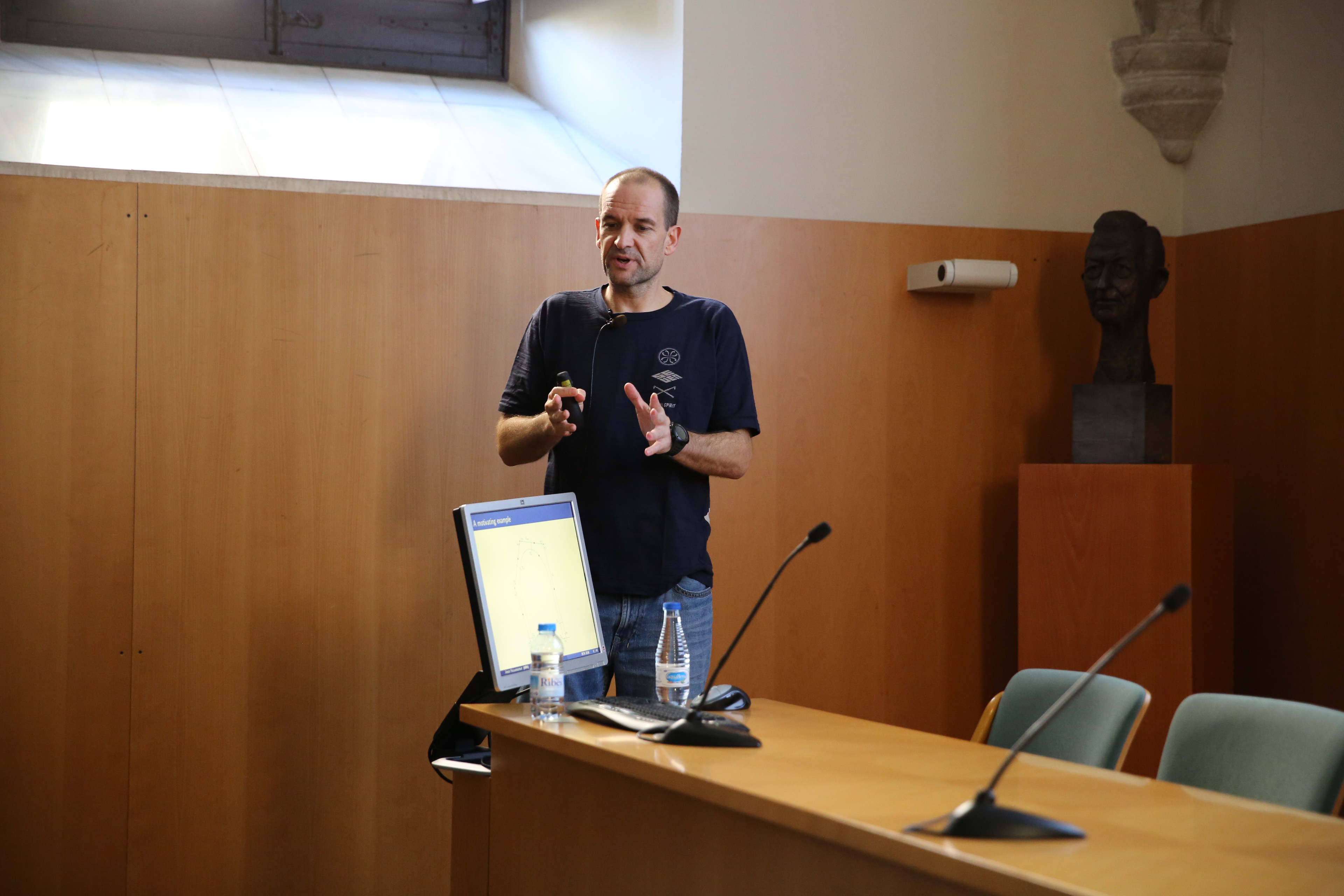